The Story of the Three Bears 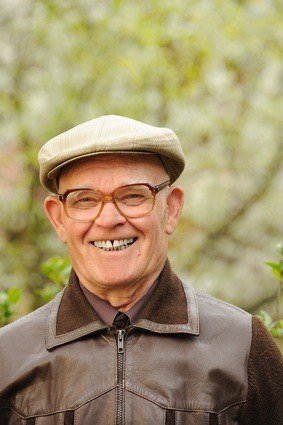 When Daniel was first diagnosed with early-onset Alzheimer’s disease, he and his family were determined for him to continue to live a normal life.

Indeed, Daniel was high functioning: as a successful and well-known artist and sculptor, he continued to produce successful artwork as well as life and travel happily with his wife and fellow artist, Lisa.

Yet, as Lisa was spending a lot of time working on her own artwork and Daniel had become a bit more forgetful, Lisa thought it would be best to hire a private helper for Daniel; someone who could keep him company while he worked, assist him in his workshop, lift his spirits, and prevent him from being tempted to nap too often, a custom which had led to a dangerous blood clot earlier that year.

Lisa asked Alvita Care to search for a caregiver who was ideally skilled enough to assist Daniel in his work but was also experienced with Alzheimer’s disease. Lisa underestimated how much personality fit was a crucial component of this hire. “Like the story of the three bears,” says Lisa; it took a few trials with different caregivers before the right match was found for Daniel.

In the first attempt, Daniel’s assigned caregiver was a bit too stringent…Used to dealing with more difficult dementia patients, the caregiver often ordered Daniel around and was very short with him. Daniel is sweet and not one to make demands, so he does not complain about the woman assigned to help him. But Daniel’s family was not comfortable with the way he was being treated and was determined to find a better fit.

The second caregiver assigned to Daniel seemed like a better choice: She was sweet and caring and would never make harsh demands from Daniel as his first caregiver would. However, she was often too soft-spoken, and Daniel could barely understand her. She would often try to motivate Daniel to stay active, but he was hardly convinced by her suggestions.

And then – “Bingo!” — tells Lisa: In the third attempt to find the right caregiver, Daniel finally met his perfect match. As soon as the young and energetic home caregiver, Emanee, walked through the door, an immediate connection was felt. Lisa says that the first bonding moment she witnessed was when Emanee met Daniel’s dog and loved playing with him as he reminded her of her own dog. This was one of many interests Emanee and Daniel held in common, and the two of them instantly clicked. Pretty soon, Emanee and Daniel were laughing and making jokes together, listening to Oldies music, and discussing many of Daniel’s incredible life experiences.

During their time together, Daniel and Emanee have developed more of a friendship than a typical home caregiver-client relationship. Emanuel successfully encourages Sam to get out of the house often and stay active with walks and trips to the gym. Emanuele has grown fascinated by the work that goes on in Daniel’s studio and even accompanies Daniel and Lisa to art events and exhibitions.

Lisa was very relieved to have found the right caregiver for Daniel. To top off the success, Lisa tells Alvita Care that Emanee has won the ultimate prize: “Daniel remembers her name!”