Studies Show That Still, Laughter is the Best Medicine 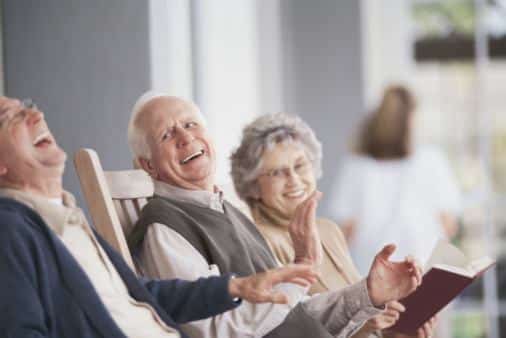 My grandmother used to tell me “laughter is the best medicine for everything.” I would shoot her my usual sideway glance and say, “but Grandma, laughing isn’t going to make my homework go away!” But as the years have passed, as has my grandmother, I am beginning to understand what she meant.

And science is also starting to believe in what my grandmother always did – the health benefits of laughter. We relieve stress with laughter, fighting our anxiety and keeping our difficulties in perspective. Recent medical studies are also scientifically exploring how laughter can affect our immune system.

When your friend is laughing, all you want to do is laugh along with them. In fact, science has shown that simply hearing laughter primes your brain, readies you to smile and makes you want to join in the fun. Ever wonder why television sitcoms include canned laugh tracks? The sound of laughter can encourage (or induce) the audience to laugh along with the show, enhancing their enjoyment.

There is no doubt that laughter increases happiness and creates bonds between individuals. What most people don’t know is that various studies have shown that laughter also triggers healthy physical changes in the body. The focus on the health benefits of laughter may have begun with the American journalist and editor, Norman Cousins. In his memoir, Anatomy of an Illness, he battled ankylosing spondylitis, a painful arthritis condition through a regimen of large doses of Vitamin C and training himself to laugh. Cousins’ relief on Marx Brothers films and episodes of Candid Camera to help him feel better and said “ten minutes of genuine belly laughter… allowed [him] two hours of pain-free sleep.”

Studies on the effects of laughter show that it can have positive effects on a person’s immune system and energy levels, and can diminish pain (as Norman Cousin reported) and also helps to protect us from the damaging effects of stress.

Laughter stimulates our muscles and increases circulation, which helps our muscles relax and removes physical tension from the body. Studies have shown that after a good bout of laughter, your muscles remain relaxed for up to 45 minutes after. Laughter may also have the effect of a mild workout. When we stretch our laugh muscles, causing our heart rate and blood pressure to rise, we also breathe faster which sends more oxygen to our muscles. Laughter also triggers the release of endorphins – the body’s natural feel-good chemicals. Endorphins promote an overall sense of wellbeing, and also have been shown to temporarily relieve pain.

Yet some researchers aren’t sure if it’s actually the act of laughing that makes people feel better. A good sense of humour, a positive attitude, and the support of friends and family might play a role, too. Robert Provine (professor of psychology and neuroscience at the University of Maryland, Baltimore County) says, “Definitive research into the potential health benefits of laughter just hasn’t been done yet. But while we don’t know for sure that laughter helps people feel better, it certainly isn’t hurting.”

So while science may not be conclusive, I know that my grandmother was and I believe her advice. So heed the words of her favourite comic actor, Charlie Chaplin: “A day without laughter is a day wasted.”

A portion of this post was inspired by WebMD’s “Give Your Body a Boost — With Laughter” (http://www.webmd.com/balance/features/give-your-body-boost-with-laughter).