Looking Out for our Neighbors 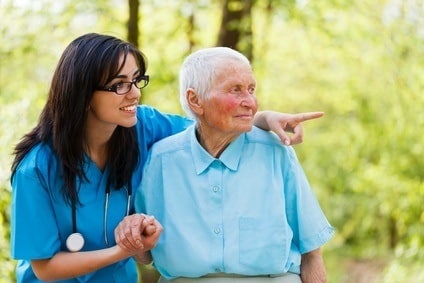 New York can be an exciting, bustling place to live. But it can also be isolating and lonely.

The elderly often find the streets harder to navigate, stairs steeper to climb, and the old friends fewer and further between.

Phyllis, like many older adults who live in apartment buildings in NYC with a loyal community, was lucky to have Joan, a long-time neighbor and friend.

During the holidays last year, Joan knocked on her neighbor’s door to have her usual Sunday afternoon coffee date with Phyllis. Joan began to notice small things that concerned her. Phyllis had always been fastidious, dressed well, and had her hair set each week. She had always kept her apartment neat and tidy. But lately, something was off. Mail piled up, a thin layer of dust covered the furniture, and she had more than a hair out of place. The refrigerator looked bare, and Phyllis apologized for running low on cream and sugar for coffee…

Phyllis had lived in apartment 6F for many years before Joan moved to the building. Phyllis moved to ‘the big city at 21 in the late 1940s. She was born in Manhattan, grew up in Queens, and her family later moved to Long Island. Back in Manhattan, Phyllis was excited to be on her own. And having finished secretarial school, she worked in several steno pools before staying in her last position until she retired at 72. She loved her work and would have kept at it had her nephew in Chicago not asked her to take a break. Over the years, she had built a life in New York; she had friends from all over, had had several boyfriends but never married, and thrived in the city’s cultural environment.

Joan and Phyllis developed a real friendship during many years of living close by. Phyllis enjoyed Joan’s dog and sometimes looked after him if Joan was away or stuck working late. Joan enjoyed hearing about Phyllis’s life and appreciated the bits of advice she would give. Eventually, they had a standing coffee date on Sunday afternoons.

When she began to notice Phyllis was struggling, Joan started picking up a few groceries for Phyllis once a week. It was a small token of friendship for a woman who had become like a second mother. She resisted at first, but Phyllis eventually accepted. It was a great effort for her to get out of the house, and she never had the energy to carry much back from the store. All of her family lived out of state, so Joan was a lifeline. This arrangement worked for a while, but after several months Joan, acting as liaison with the family, was able to help Phyllis find home care services with Alvita Care. Initially, just three days a week to help with errands, housekeeping, and personal home care.

It is still difficult for Phyllis to accept help. She is an independent spirit, and anyone providing care must honor that. She’s been able to accept the help because she calls the shots, and she finds that with a few hours of help a week, she is able to get going in the morning, get dressed, and get out of the house for an hour or so. She feels more like herself with a home caregiver who lets her keep her independence and dignity. “It’s one step back, two steps forward,” she says.