Dealing with the Guilt of Hiring Home Care for Your Parents 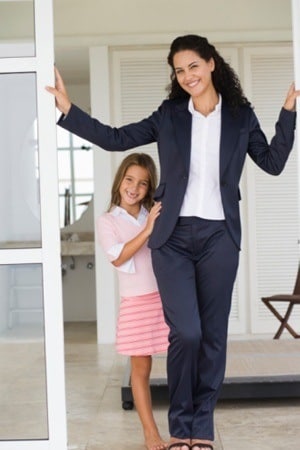 It started about three years ago when my cell phone rang every hour.

At first, my mother’s calls were predictable –wondering where I was at when I was able to come by for dinner, if I had re-scheduled her doctor appointment, or telling me about her latest ache or pain.

Then the frequency increased, and the topics became more alarming: saying she had fallen or that her leg was numb and talking about death became a topic of regular conversation.

My mother’s calls became so frequent that my co-workers began to joke that I was back to being a teenager, having to check in with her every 10 minutes. Eventually, it began to affect my work performance and forced me to take a leave of absence from my job. I might mention that taking care of my mother became my new full-time job, unpaid.

For months I was at my mother’s beck and call. Regretfully, most nights, I ended up sleeping at her home. It was easier than going home only to be woken up at 2 am by a phone call and having to schlep back over to her apartment. I almost lost it all–my health, my job, my marriage, and my ability to be a mother myself.

As I look back on those days in purgatory, I wish someone would have told me what I hope to share with others: my story does not need to be yours. My hope is that the brutal honesty of what you are about to read helps you, even if it is just to give you peace of mind that it is okay to say “no.”

The emotional roller coaster that occurs as our parent’s age is never discussed. We tend to push aside or rarely address the feelings of guilt and shame associated with the decision to hire a home caregiver to take care of our mother or to put her into nursing home care. And even though you intellectually understand that hiring help for your parents is the right thing to do, this doesn’t lessen that guilt you feel about having to hire outside help. My desire to be a “good daughter” paralyzed me from making the necessary decisions that would allow my mother to thrive and for me to live my life.

Many of us struggle to accept that we cannot do it all ourselves and that it is impossible for us to take care of our parents full-time without additional help. For me, I felt like I was letting my mom down by hiring someone who was a stranger to help care for her instead of doing it myself. If I had graduated from an Ivy League business school while having my firstborn daughter, surely I could juggle my mother’s needs while she was aging. How naive I was.

The situation got to the point where I was putting my personal and family welfare behind that of my mother. Eventually, it reached the tipping point where my husband came to my mother’s house, where I had practically moved in, with an ultimatum: hire someone to help or divorce. It might sound extreme, but I was completely neglecting my family. I had put on 25 pounds, stopped attending my then teenage daughter’s sporting functions, wasn’t there for her on an emotional mother/daughter level, and had not spoken to my husband about anything other than my mother in months. My life was falling apart, and my mother was no better than she was when I started. I needed my husband to be this extreme for me to take action.

I first tried to hire an aide through the famous NYC Upper East Side word-of-mouth network. But I had underestimated how much time I would need to spend on the phone coordinating everyone’s availability, dealing with my mother’s feedback on who she did or did not like, and making last-minute changes to my plans if an aide called out “sick.” Finally, I turned to an agency to professionally manage her care, and eventually, I found Alvita Care, who quite literally saved my life. The level of care and attention to detail is second to none. With time and trust, my mother eventually started calling Grace, her geriatric care manager from Alvita Care, instead of me. And slowly… I became her daughter again.

From my personal perspective, things were slowly returning to normal. I started working out again, my husband was happy that I was at home again for dinners, and my daughter started sharing all teenagers’ hopes and fears. I had returned to work, and life was more manageable. But inside, I was still struggling – I felt like a terrible daughter and a complete failure for my mother when she needed me most. I actually became jealous of my mother calling Grace instead of me.

But I want you to know that those emotions of guilt, jealousy, and rage are normal and need to be addressed. In the end, hiring someone was the right decision, and I should have made it sooner in my mother’s aging process to avoid the near crash course that my life was on.

I write this in an effort to help all those “kids” out there avoid the tremendous amount of guilt and wreckage that my elderly mother caused me. If only someone had told me that these feelings are natural, almost expected and that you have to deal with the different roles that you will take as your parent ages. As the adult child, you will become your parents’ “parent” and need to decide what is best for them, not what they want you to do. And although I still struggle with feeling like a “bad daughter,” now my mother and I can go and have our nails done and gossip like we used to, and my mother’s care manager can deal with the endless phone calls. In a strange way, Grace and Alvita Care can be the “parent” and allow me to remain my mother’s daughter.

The above post was submitted by Elizabeth, who has been happy with Alvita Care’s home care and geriatric services since January of 2012