Reached One Hundred and Young-In-Love! 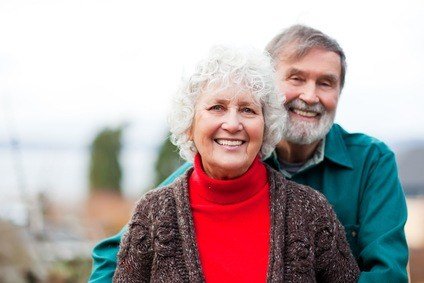 Ronald Clark nearly screamed this as he described his relationship with his “beautiful and splendid wife,” Dorothy.

This week, Dorothy Clark turns 101 years old. She is nearly blind, and he is deaf in one ear, but the Clarks’ youthful spirits remain untouched despite the challenges, aches, and pains that come with age.

As Mr. and Mrs. Clark approached their 90s, they found it increasingly difficult to manage on their own: Ronald had begun to rely on a wheelchair and required personal home care and assistance with his care management. As Dorothy’s sight and strength weakened, it became clear that she would no longer be able to care for Ronald on her own.

In a city like New York with so many assisted living facilities, the family thought it would be best to move Ronald into a nearby nursing home where he could be looked after properly. After all, the nursing home was only a few blocks from their home, and Dorothy would be able to visit on a daily basis. After much convincing, the Clarks agreed to try out the change.

For many weeks Dorothy would walk over to the nursing home every single day and sit alongside Ronald. But Ronald and Dorothy were not satisfied with this arrangement and decided that if they had gotten through over 60 years of marriage together, this was certainly not the time to stop! And indeed, on a late afternoon in mid-July, Dorothy and Ronald decided enough was enough. Without asking permission, signing any forms, or notifying the rest of the family, Dorothy took Ronald out for a walk in his wheelchair. But this time, Dorothy did not take Ronald back to the nursing home care; she brought him back home, where they have lived together ever since!

I stare at this couple in awe and admiration as they tell their romantic tale. Watching them closely, I see how their faces brighten up as they giggle at the rebelliousness of their actions. After all, today, Dorothy and Ronald Clark’s marriage and spirit are still going strong: With the help of a Home Caregiver around the clock, many pairs of glasses, and several hearing aids, the Clarks are still able to enjoy each other’s company, throughout daytime and night.

*For privacy reasons, all the names in this story were changed

—This article was written by Noa K., an Alvita Care Geriatric Care Manager